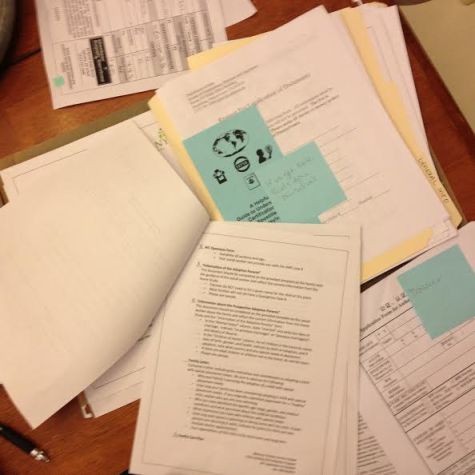 In case you don’t know, we are in the process of adopting a little boy from China. We started the process in December of 2012, and the first thing you need to do when you’re adopting is a home study. It includes lots of paperwork, medical exams, interviews, psychological evaluations, fingerprinting, adoption education, financial documents, and more. It took us a lot longer than is typical to complete the home study because we were dealing with a health insurance issue.

Because we became self-employed last Spring, we decided not to buy typical health insurance and instead participate in a Christian health plan sharing program called Medi-Share. To complete our home study we needed a document from our health insurance provider stating that they will cover any pre-existing conditions that the child might have. When we asked Medi-Share for this document, we were told that they would not cover pre-existing conditions that the child might have. Health insurance companies are required by law to cover adopted children the same as newborns (otherwise it’s considered discrimination), but since Medi-Share is not technically an insurance company, they don’t have to cover adopted kids that have health issues. After many, many frustrating conversations with Medi-Share, we came to realize that we would need to switch to a typical health insurance company.

We made many phone calls and to our surprise, all of the health insurance companies that we spoke with denied us coverage because we are in the process of adopting. We were left with no options and there wasn’t anything we could do about it. Talk about frustrating!! The only thing holding us back from adopting was health insurance – something we did not expect to have any issues with.

So, we waited. Then we had some hope. One insurance company was actually very helpful and told us that because of the Affordable Care Act that was being passed last year, insurance companies would not be allowed to deny us coverage because of the adoption. It took several months (November-beginning of January) until we could get signed up for coverage under the Act, but we finally did. We don’t think that the Affordable Care Act is a good thing for most Americans (there are many horror stories), but in our case, it was an answer to prayer. After about seven months of waiting, we were able to get the paperwork we needed from an insurance company and our home study was just approved a few weeks ago!!

So now we are working on immigration forms and our dossier, which means more paperwork, medical exams, etc. etc., but we are so THRILLED to have the home study done!! We don’t have a definite time line, but we are hopefully that by the end of the year or beginning of 2015, we will be traveling to bring our precious boy home! We don’t know who he is, we haven’t seen his face and don’t know anything about him, but we pray for him every day. That God would surround him with people who love him and care about him until we can bring him home. It has been so good to connect with others who have gone through this journey. Thank you for your support and prayers!

I've been trying to think of something creative to hang on this small wall by our back door, and this weekend I thoug...
Read More

I'm so excited about this group of new signs that I just added to the website! Check them out below!
Read More

I keep my Fall decorating super simple and like to stay within my neutral color palate. So I decided to create a few ...
Read More
Tweet Share Pin It Add Email

Also in Aimee Weaver | The Blog